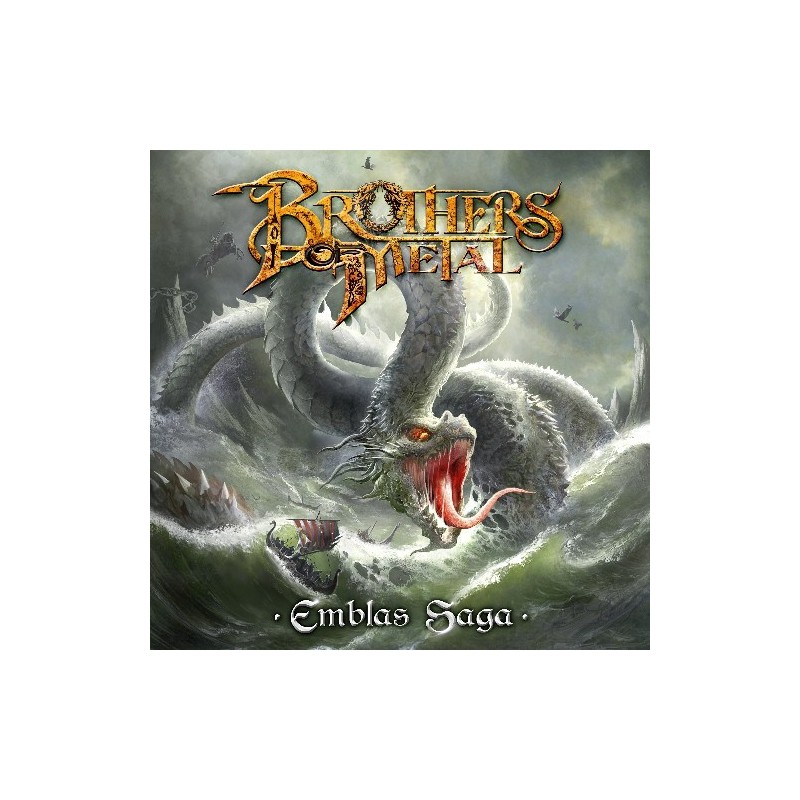 The Gods have finally answered the call of true metal! A new Brothers Of Metal album is on the horizon. Every song on the album is a heavy metal hymn and will thrill new fans and old fans alike. More epic and more metal than ever before. The hype is real! One must have lived under a rock to not hear of this amazing new band from Falun, Sweden: Brothers Of Metal are an extraordinary 8-piece which is taking the Metal world by storm. Their initially self-released debut 'Prophecy Of Ragnarök' was officially made available by AFM Records in November 2018, and it became a bestseller right away. On top of that, the album's songs were streamed more than 25 million times (!), which is a huge number for a Metal band, let alone a group still in its early stages. Therefore, anticipation and expectations are equally high - and following up a hit debut like "Prophecy Of Ragnarök" for sure is not an easy task. Though, Brothers Of Metal prevail in this battle and their masterfully crafted new weapon "Emblas Saga" will pave them the way to a lot more future victories. Fresh off triumphant festival gigs at Sweden Rock festival and Germany's Rockharz & Rock Am Stück festivals, the buzz is stronger than ever - not only for new material but also live concerts. And again, the band is heeding the call, announcing their first tour - a headlining tour right away - which will succeed the release of "Emblas Saga" (out January 10th) in late January. Brothers Of Metal will be joined by their labelmates, Italian folk power metallers Elvenking, on this leg. The 'Emblas Saga' cover artwork was created by Peter Sallai (Amon Amarth, Sabaton).